Sapphire is a main crop medium sized purple skinned oval shaped potato. It has a distinct looking complex purple flesh but with a variable white marble and fairly obvious white marginal ring around its outer edge just under the skin. The version I have been growing has a dark skin with what looks like almost a gilt surface marking – when fresh from the ground and wet it looks almost like it has had a metallic gold surface patina spread randomly around a bit like the red/pink blushes you get on some other potatoes. 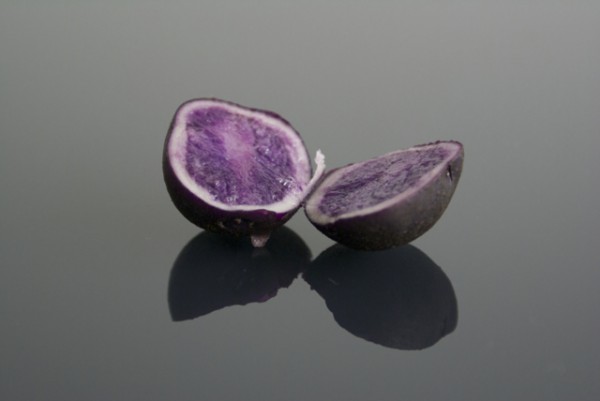 The intensity of the purple/blue colour stays through cooking. While cooking the flesh can appear to go an unattractive grey but it usually settles back to a varied purple and white as it cools off.

This potato has a nice balanced starch content that lends it self to roasting but is particularly good for mash and gnocchi. e.g.. try some small mash balls that you can then quickly deep fry. And the colour gives it a unique aspect to the final food. 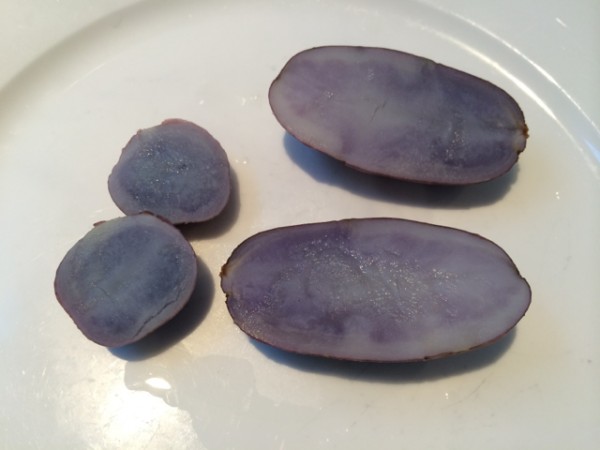 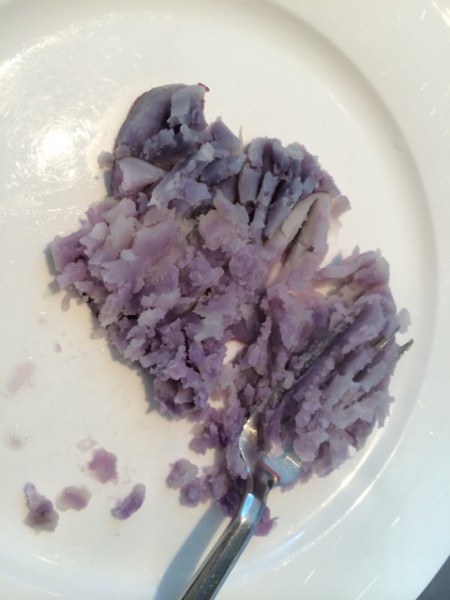 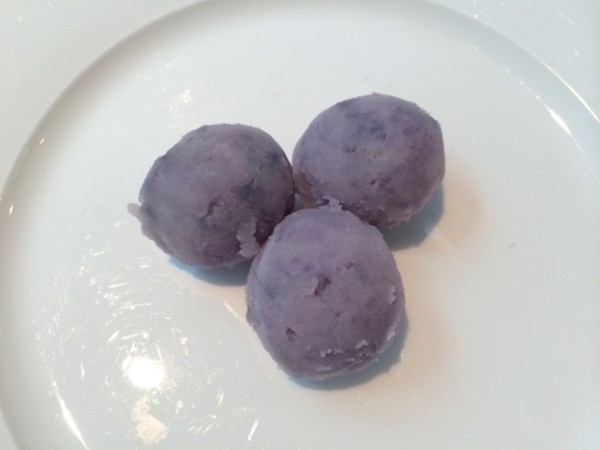 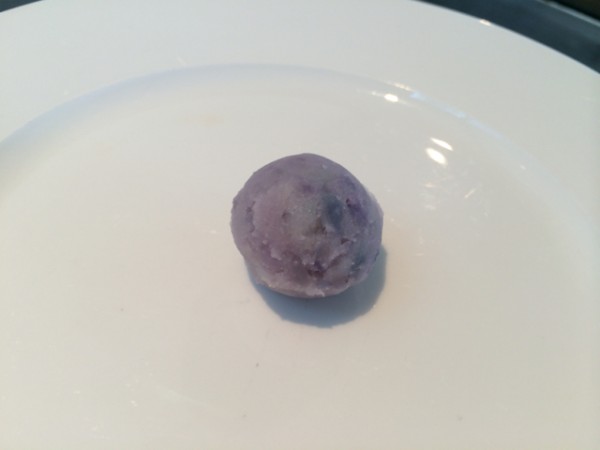 Sapphire, although less intense in colour, is a better choice for this type of use than a potato like Purple Congo simply because of the cooked texture.

They are fairly easy to grow like most other potatoes and tend to like a colder climate. And they are fairly fast growers and in a normal temperate climate you can get two crops turned over in a year.

They seem to handle periods of drought quite well – but will tend to end up with a rough tough skin surface.

The plants usually have a quite a distinct purple/red coloration that extends a long way up the growing stems and they look very attractive in the ground.

I have a long standing patch where they are mounded up and reinvigorated twice a year with straw, lucerne and manures. if they are then left to themselves they will produce a range of many more densely packed smaller sized tubers.

The smaller ones are much nicer as an end product.

The average return is about the usual 1-10kg ie. plant 1KG and get 10KG at harvest.

Daily Gourmet in Tasmania have been growing them for some time and have developed their own interesting variants.

Potato named varieties seem to vary wildly between the countries of origin and although many primary varieties are similar these more unusual or less common varieties of coloured potatoes are either not grown or called something entirely different. For example – this is not the same as the variety commonly called ‘Saphire‘ in the UK.

Some really interesting varieties to look at growing are the very old and unique Maori (New Zealand) potatoes some genetically traced back to their very old South American origins.

However due to their economic importance and the possible easy transfer of devastating Virus and other pathogens it is important to be VERY careful when bring in solanum plant material from other countries. Carefully controlled meristem culture is probably the only viable way to introduce new strains of potatoes into your garden from other countries.