Perilla or Shiso has a very distinct and some would say pungent flavour and scent. It is commonly often also called ‘BeefSteak’ plant after (I assume) it’s somewhat ‘meaty’ taste and texture. 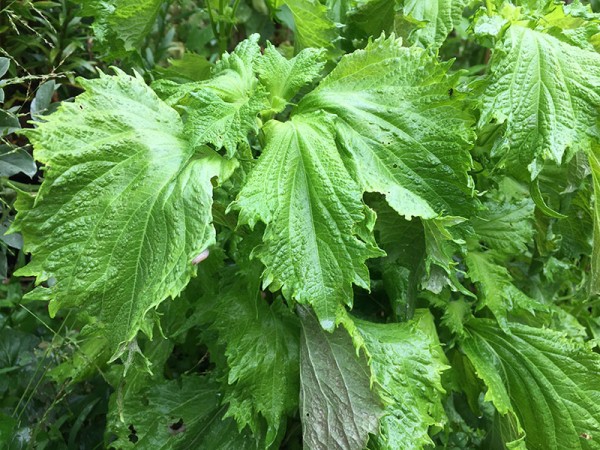 The forms to me appear to be mainly able to be separated by leaf form and colour. One has a significantly more wrinkled and droopy leaf form and comes in several colour variations – all green, green top and purple underside, and all purple. And then there is a form that also comes in all those colours but has less wrinkled leaves. These all seem to be classified as var. crispa. They all taste very similar to me but with variations on a theme in the same way many basils or mints have similar palate effects.

The purple (or red) leafed form of shiso also has an interesting culinary history as it has often been used to stain or colour other foods such as pink pickled ginger or Umeboshi plums (salted plums). This could also be applied to pickled onions, garlic or other similar food items.

When larger in size they can be used to wrap small parcels of food and have an unique complimentary flavour with certain other foods. They can be eaten both raw and cooked – usually by steaming or a light simmer in a sauce.

There is an oil that is extracted for culinary use in Korea but I have not found it to be very pleasant to my taste and it’s mostly used for creating products like varnish which indicates fairly clearly to me what it it tastes like.

Here are some images showing typical leaf and flowering variations. The full purple form looks basically the same as these – either flat or wrinkled leaves. 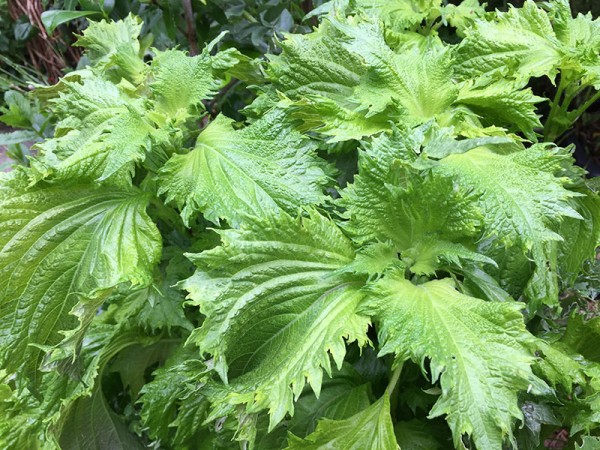 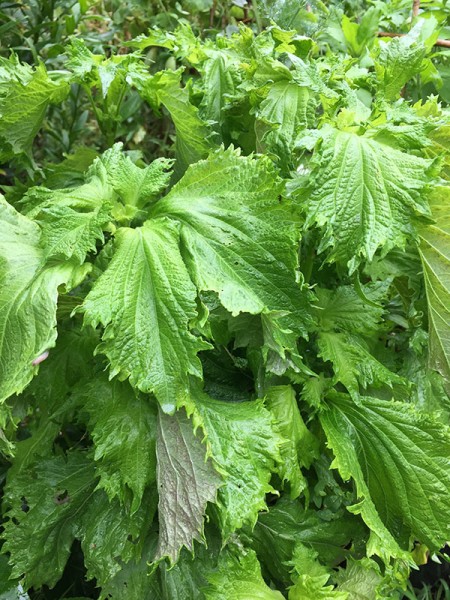 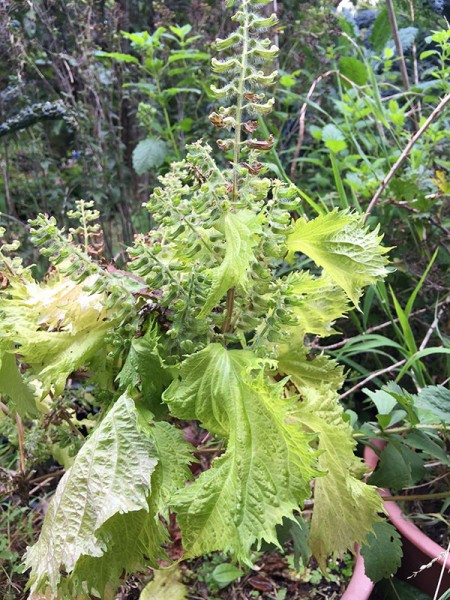 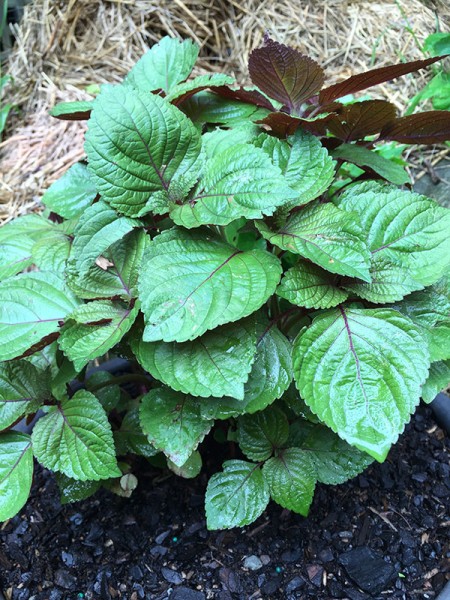 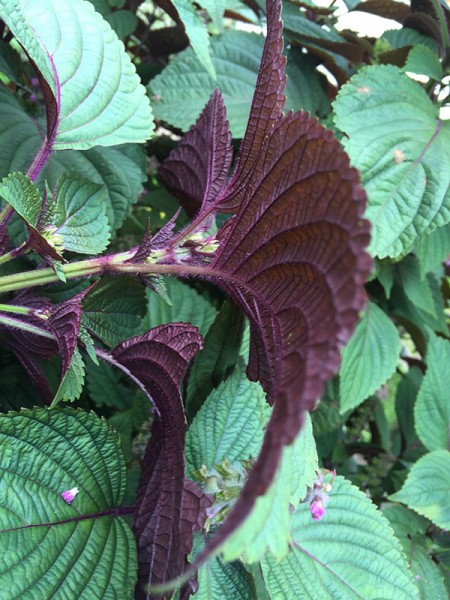 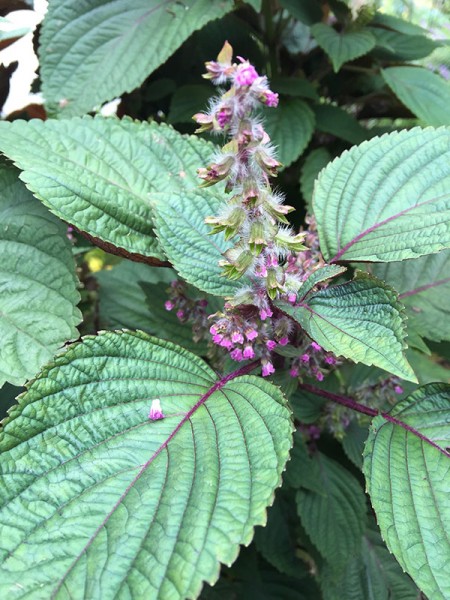 The plant generally grows to about a metre or more high as a small soft stemmed bush over about a 6 month season. The leaves can get quite large if the conditions are right – up to about 15cm wide.. They really like a constantly moist soil and plenty of light but will grow quite well in half shade and in dryer areas.

As you are likely growing them quickly for lots of quality leaf matter – plenty of nutrients such as liquid seaweed or fish and similar fertilisers as food are ideal. However you don’t have to feed them a lot to still get a good result as they seem relatively hardy and will grow ok in wasteland – as I have seen them grow OK on old farmland or in abandoned gardens.

Gathering seed is easy and you just snip off the plants stems as the flowers die back and start to dry off and drop them into a large plastic bag so i don’t lose too many. You need to get them early as they drop the seed quite quickly and easily once matured and dry. The seed can be quite small in some forms, and there is a lot of it on even a single flower stem. 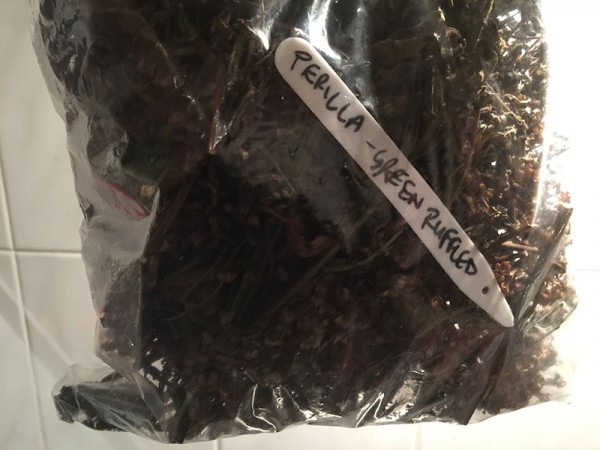 The seeds have a short viability so it’s best to get them planted as soon as possible. They usually don’t last longer than about a year – so it’s best to always have a small pot or two growing or a plot laid out where they can self seed. They self seed reliably and fairly profusely if left to drop their own seed around the parent plants.