Silene vulgaris is a small european & mediterranean perennial leafy plant that has leaves that taste like a subtle cross between spinach and cucumber with a slight bitter twist that disappears with blanching or cooking. It is also known commonly as Sculpit or Stridolo. The size of the plant, leaf and it’s seasonality makes it almost classifiable as a forage food. It is one of those nice seasonal vegetables that can be thrown into a range of dishes. One of the best is a traditional Spanish stew with chick peas but my first introduction was just having them lightly heated in a  pan with olive oil and garlic and eaten with scrambled eggs which I was told was an old Italian way to prepare and eat them along with scattering them into a rissotto.

The plants do not grow very big and tend to have wire like tough small stems from which they repeat sprout the leaves from in various seasonal cycles. I find in my climate they tend to sprout and grow best in early winter and then again in spring while the weather is generally quite cool and wet. You need a few of them to get a large meal out of. 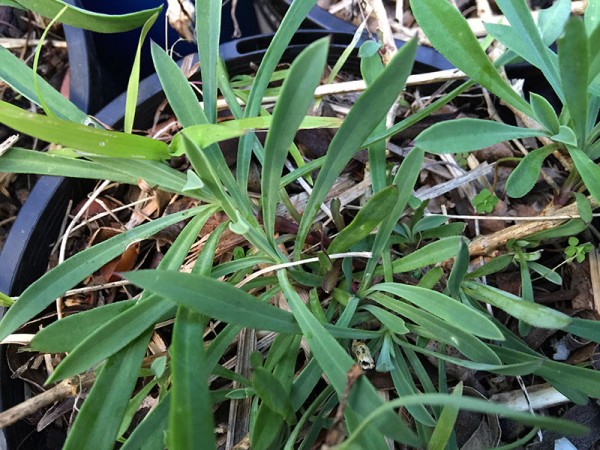 I grow them in pots because when they die back they get hard to find in a garden bed. They resprout ok from the root mass usually but it’s easy to lose them in amongst the chaff of herb beds and accidentally pull them. They hold up well and survive even if the pot dries out significantly – but you really want lots of water on them for the bigger greener new leaves.

They are not heavy feeders and they only need the occasional feed – i just use small amounts of dynamic lifter style mixes – chicken manure & blood and bone – with a regular dose of weak seaweed watered on every 6 months or so.

They reseed easily from fresh seed and they flower and seed profusely during the summer on long stems that hold many cute little white balloon shaped flowers for a long time. The look pretty impressive just as a small flowering plant. 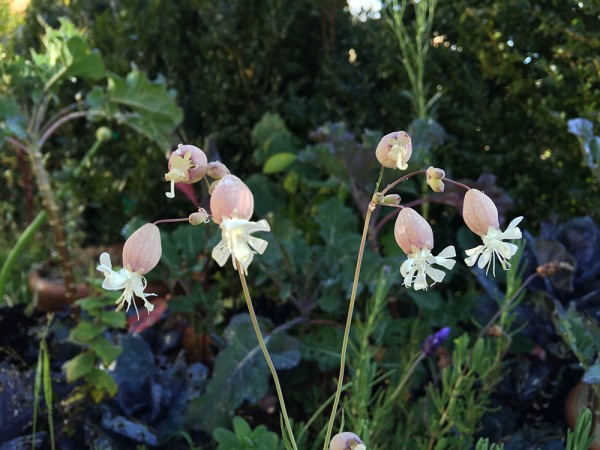 Apparently it is said they can get weedy and I would guess that based on the amount of seed produced that it could be likely. But they are not hard to pull as the roots although substantial fora  small plant are not very deep, And they do not tend to regrow easily from pieces left behind. 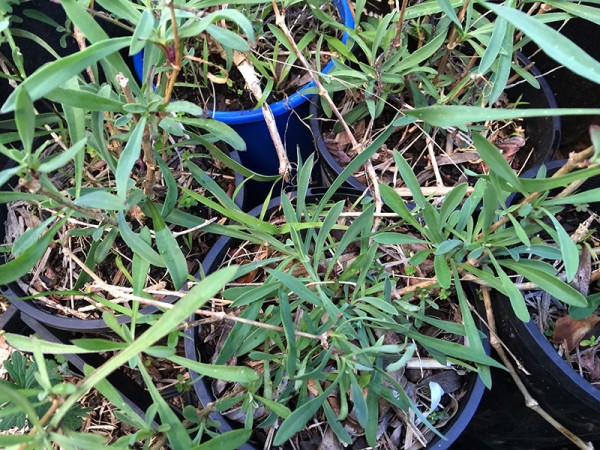 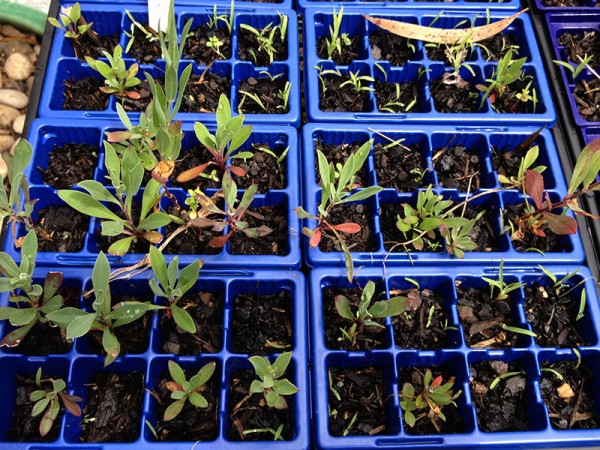 It has another common alternative synonym Silene inflata that I initially got to to know it as.