Potatoes – Solanum tuberosum – [mainly although there are many other species]

An interesting easy to grow very nutritious food crop from the Andes.

Currently growing a lot of different varieties [cultivars] in small pots to keep the named varieties separate.  At home here we have a selection of about 20+ varieties grown mainly in individual small containers. These keep the varieties topped up and growing and then I focus on 1 or two that are grown in larger containers each year so that they can be eaten.

Each main growing season we select a few and grow them in a larger space for actual harvesting and cooking use. These ‘seed’ potatoes stay fairly small till they are placed out in the larger garden spaces to grow. Even a tiny potato will grow a nice sizeable crop from a well tended plant of given from to spread out.

This method means you can keep a large collection going for years and change each year the type you eat which stops it from getting boring. The only trick is not putting the ones that are mainly single but different use together and then spending hours so trying to work out what is is when you dig them up. 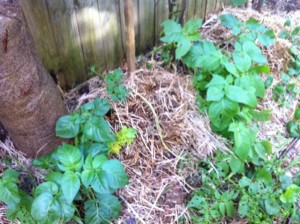 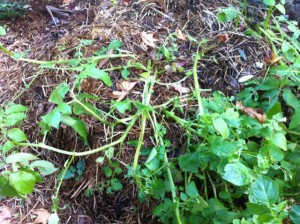 They seem to like everything from light shade to full sun and will grow better if the soil is open and friable or even ‘loose’. I layer lots of lucerne and general compost and they grow very well. The tubers emerge from roots off the side of the main stems so you just top the soil up around them every week or so until you have created a large growing pile.

There is a significant difference in what type of cooking methods can be used fro some varieties based mainly on texture and starch content and form.

They can be planted throughout year with a small break in mid winter when they die back significantly. I have found our climate they can be planted almost all year and grown as a succession crop every few months.

The stages of growth mean that the first tubers are ready for lifting when the main plant flowers.

See here for info about the stages of growth:
http://bioweb.uwlax.edu/bio203/s2009/bradley_adam/Growth.htm

The various types or cultivars are often hard to get consistently in retail, so it’s good to hang on to them. I would recommend when you find a good tasting potato that you like that you put one in a pot (and label it!) for growing at home so you can eat it again.

Apparently up until fairly recent history they were primarily propagated by seed, and obviously seed is how you get the varieties. They are not too hard to cross pollinate and you will get the occasional seed pod form and it’s probably worth trying to propagate them to see what grows. But it seems there are plenty of good varieties out there already to choose from so I have never tried it seriously.

I am particularly surprised and horrified at how some people grow these commercially by using herbicides to kill the top of the plants off at the end of the season so that harvesting them is easier.

I would recommend potatoes as an easy to grow home crop that takes little effort and space with large rewards.

I have not had a lot of problems with pests. And if you are careful to isolate any new ones when bringing them into the garden until they have grown for a season and shown they are ok – the virus and other related issues seem to stay away.

Discovering Potatoes: A Cook’s Guide to Over 150 Potato Varieties and How to Use Them
by Alex Barker

Good listing of varieties and how they can be cooked/used. 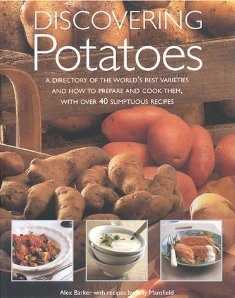 Potato: A History of the Propitious Esculent
by John Reader

A great book covering the politics and history of the spread of the potato around the world. 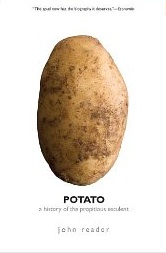 Some useful links with info on potato varieties and cooking notes etc: