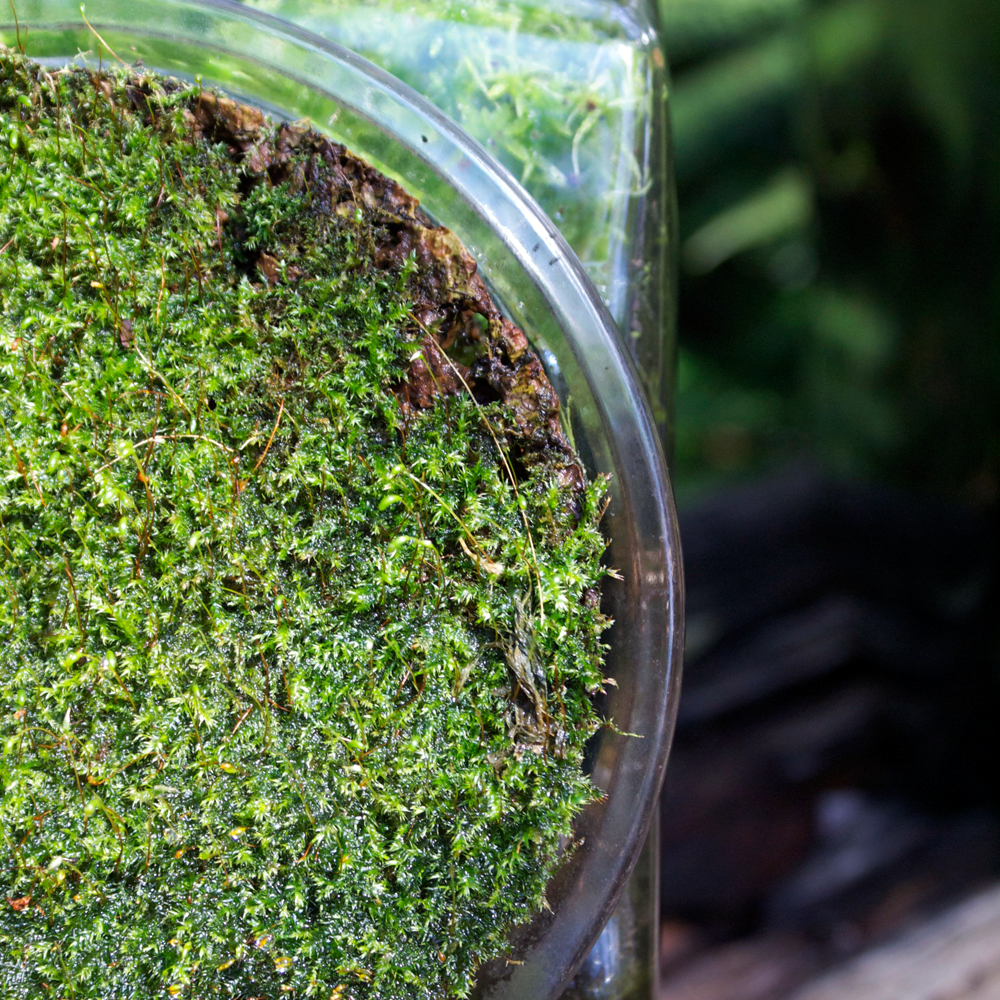 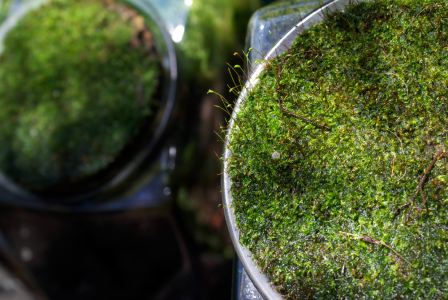 Ok this is one of the small but long term projects I have been working on. These 2 little bio systems in containers were set up in 1994 as part of an installation entitled ‘sssshhhhh’ in a shop window for ‘Walking the Street’ as part of the Newtown Community festival (Sydney) with Wayne Stamp. The festival is run every year by the Newtown Neighbourhood Centre.

The ‘sssshhh’ work consisted of these little ecosystems and other various compost and eco system related objects including a rosemary bush and a lot of live worms, surrounded by  a range of large laminated  and backlit digital print images.

These 2 of the original 3 containers have not been opened since November 1994. However they have suffered some weathering and obviously there is some transference of moisture and heat etc through the cork stoppers. The third container sadly suffered severe damage from a metal bar falling on it about 6 months ago. The contents are basically a combination of various soil components and a few minimal plants species – primarily spaghnum moss. Other types of moss and plant life have colonised the cork surface of the lid and various odd coloured fungi appear at various times of the year inside. You can see a small patch of red fungus near the base of the side view. They seem pretty happy still and are very satisfying to look at and think about. 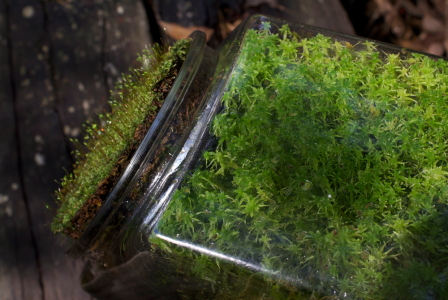 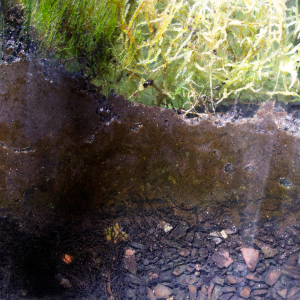