Purslane is a much underrated food plant and often just seen as a weed and It grows natively on many continents. It tends to be very seasonal and grows very fast and produces vast amounts of seed when mature – so the weedy aspects of it can be highly visible. It usually grows as a flat radial matting plant and loves the sun and is generally very hardy and heat resistant. It will usually die off in the colder periods. It tastes like a succulent lettuce with a hint of Rocket and develops a marginally bitter taste if it’s slow grown or older.

It usually grows with a fully green stem and leaves and then gets a distinct red tinge to the stems and leaves as it matures. It usually tastes a little blander when it is fully green but the aged red colouring does not change the taste so much as the texture and stiffness of the skin. 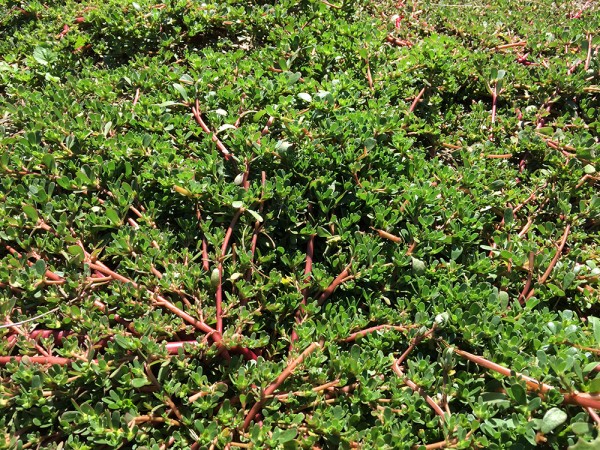 This plant can be easily grown in pots or in the ground and very quickly meaning that you can have a large leaf harvest in a few weeks from germination. You can just cut off sections of the plant and it will recover and regrow new ones very quickly.

It makes a very nice summer lawn too. feels great to walk on.

It seems to be native to a wide range of locations in the world and has been used by various cultures as a staple food for millennia. You can eat ti raw or cooked but generally it is best as a salad ingredient.

Australian aboriginal people in some areas used it as a staple reliable and healthy food – raw, crushed into a paste like pesto or cooked/steamed. The seeds are so plentiful they even used it as a flour by grinding up the seeds. One average sized mature plant will produce up to 10,000 seeds and could be harvested by pulling one up when large and red tinged and placing it on a catching surface where the seeds drop as the plant dries out. The seeds are tiny but plentiful.

There is a very large leafed version that grows inland in Australian deserts called Portulaca intraterranea which has  large tap root that can be eaten and tastes like potato when cooked.

I have also often come across it in Turkish food many times as a side dish or as a decorative addition to other dishes. There is a nice basic dish often referred to as ‘shepherds salad’ which is diced purslane, tomato, onion and radish with a little olive oil and lemon juice added.

As it is seed grown and open pollinated it is worth taste testing a large number of them till you find a really good tasting one to grow your self. Then just keep the ground or pot clear of other plants or ‘weeds’ and sprinkle the seed on, water well and sit back and wait. It is usually best to keep a bed area dedicated to growing it. It does not generally need much in the way of fertilising – just the odd bit of manure blended into the ground and lots of water. It generally grows best in the warmer months of the year and disappears during winter and cold periods. 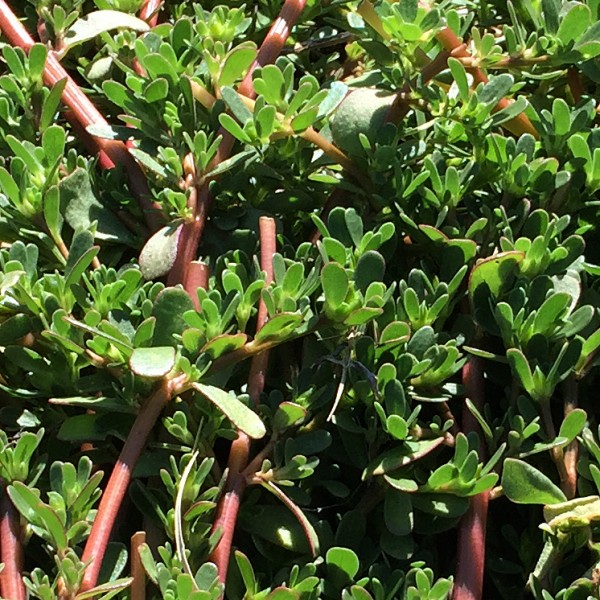